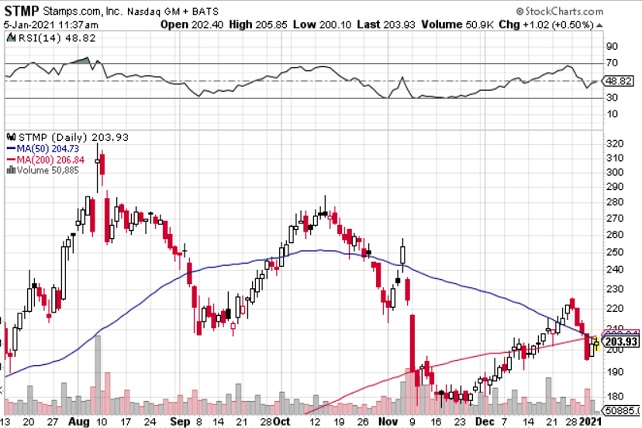 Shares of Stamps.com (STMP) have been in a general downtrend since August. While there have been some strong counter-rallies along the way, one emerging pattern suggests that shares will continue to decline.

Action to take: Shares have started down again in recent weeks after a mini-rally. Looking at the stock’s chart, the most likely point where the next big reversal is likely is down in the $180 range. With an expected 10 percent pullback likely, traders can target the May 2021 $180 puts.

Last trading at $19.80, a move back to the $180 range should occur well before the option nears expiration. Traders should look to take profits once shares hit the strike price, given the stock’s propensity for strong rallies higher. And should shares get near the $180 strike price, traders should be on the lookout for the next swing higher in shares.