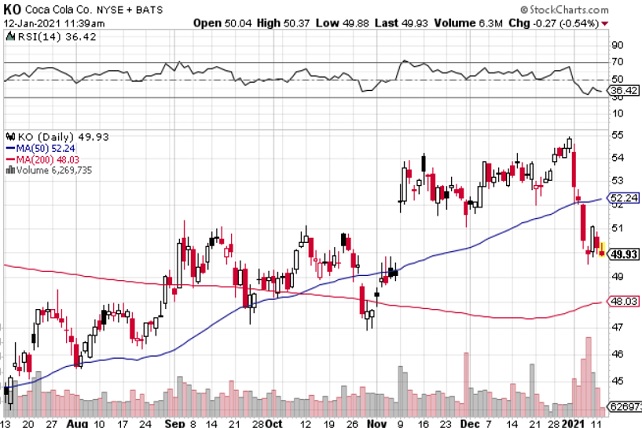 While the stock’s relative strength index, or RSI, is still just out of oversold territory, shares have now closed a gap higher that occurred in early November when the overall stock market jumped higher.

Shares are also now trading well under their 50-day moving average, a spot where the stock usually bounces. Given that shares gave off a golden cross indicator back in October, the long-term trend for shares is still up. However, it’s clear that shares got too far ahead of themselves after jumping higher in November.

Action to take: Shares may still have a few weak sessions ahead, but it’s nearing the end of a modest decline. Traders can take advantage of that with the March 2021 $50 calls. This at-the-money trade last went for about $2.00.

Traders should look for mid-double-digit gains as the share price stabilizes and starts to move higher in the coming weeks. A profit-taking opportunity may occur at the end of the month when the company next reports earnings, well ahead of the option’s expiry.